The Perfect Drug is a song by Nine Inch Nails which is about Absinthe, which is a French green liquor. One of the ingredients contains wormwood. Wormwood contains a substance called thujone, which is an epileptic and can cause renal failure in extremely high doses. The effect of absinthe is sometimes compared to the effects of opium and marijuana

This song's achievement is only on the Xbox 360 (and possibly Wii) version of Rock Band 3.

An interesting thing to note is that the drum-only part in the song is not considered a solo in Rock Band 2, but is recognized in Reloaded as a solo. The opposite is true with White Wedding's guitar solo. 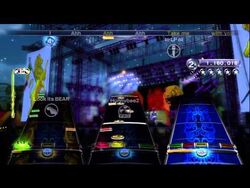 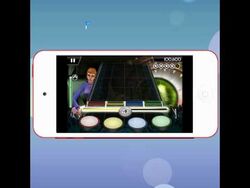