"The Passenger" is a song by Iggy Pop which he wrote while riding in the S-Bahn (suburban metro railway) in Berlin. The lyrics reflect the nomadic, loner spirit of a Punk outcast.

David Bowie originally sang backup vocals for the repeated "La-La"s in the chorus. (thanks, Martin - Rostock, Germany, for above 2)

This was also released as the B-side of the album's only single, "Success." In 1998 it became a #22 hit in the UK after featuring in a Toyota Avensis TV advert.

The music was written by Ricky Gardiner, a former member of the Prog Rock band Beggars Opera. He was idly strumming on his guitar while sitting under the apple blossom near his rural home when he came up with "The Passenger" chord sequence. In The Independent newspaper October 14, 2005 he recalls, "It was a case of the chord sequence 'slipping through' while I was lost in the glory of a beautiful spring morning."

Gardiner was a session guitarist on the Lust For Life sessions. He says in the same article, "When I was invited to join David and Iggy in Berlin, I did not realize that they needed material, so I was unprepared when they asked me if I had anything." Gardiner played them his chord sequence on an unplugged Stratocaster. Pop completed the lyrics, inspired, he said, by a Jim Morrison poem.

The album was being recorded during a self-imposed "exile" in Berlin, Germany, where Iggy Pop and his friend David Bowie undertook to wean themselves off their drug habits, a move they later admitted was only moderately successful, as they could not resist the hedonistic nightlife the city had to offer.

This song did become a minor hit in the UK prior to Iggy Pop's re-released original version. In 1987 Siouxsie & The Banshees peaked at #41 with their cover. In 1995 INXS's Michael Hutchence recorded a version, which is featured on the Batman Forever soundtrack.

Born on April 21, 1947, in Muskegon, Michigan, Iggy Pop (real name James Newell Osterberg) was raised by his parents in a trailer park. He formed the Stooges in 1967 with guitarist Ron Asheton his drummer brother Scott and bassist Dave Alexander. Elektra Records signed the quartet in 1968, issuing their self-titled debut a year later, and a follow-up in 1970, Funhouse. Although both records sold poorly upon release, both have become Rock classics and can be pointed to as the official beginning of what would become known as Punk Rock. They disbanded in 1974 and Iggy Pop embarked on a solo career. In 1986 he had his first hit single on both sides of the Atlantic with a cover of "Real Wild Child." In 1991 he had his biggest American hit with the #28 "Candy" and In 1996 he returned to the UK Top 40 when the nearly 20-year-old title-track from Lust For Life was re-released after being used prominently on the hit movie soundtrack for Trainspotting. (thanks, Edward Pearce - Ashford, Kent, England, for above 5)

In an interview with Q magazine January 2008, Iggy Pop talked about how he and Bowie still had to do the everyday things during their "exile" in Berlin: "Living in a Berlin apartment with Bowie and his friends was interesting. Who did the chores? Well, I seem to remember doing a little hovering. The big event of the week was Thursday night. Anyone who was still alive and able to crawl to the sofa would watch Starsky And Hutch." 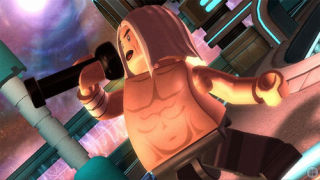 Retrieved from "https://rockband.fandom.com/wiki/The_Passenger?oldid=28506"
Community content is available under CC-BY-SA unless otherwise noted.