"The Night The Lights Went Out in Georgia" is a song by Reba McEntire which tells the tale of a man who finds out from his friend Andy that his wife had cheated on him with both Andy and a guy named Seth. This being Georgia, he gets a gun and sets out to kill Andy, but when he gets there Andy is already dead. The police show up, arrest him for killing Andy and he is hanged. The singer then reveals that she is the man's sister and that she shot Andy and also killed her brother's wife. 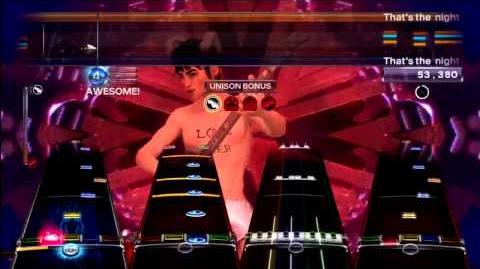 Retrieved from "https://rockband.fandom.com/wiki/The_Night_The_Lights_Went_Out_in_Georgia?oldid=25797"
Community content is available under CC-BY-SA unless otherwise noted.