"That's How Country Boys Roll" is a song by Billy Currington who told AOL about this redneck anthem, which he wrote together with Brett Jones and, Dallas Davidson. He explained: Okay, I had to have a redneck song on here. I for sure wanted a really rockin' good Country song. This song was written on a trip to Key West. I had no plans to write any songs. We ended up bringing a guitar, and one of the guys started playing this groove, and singing the title, 'that's how country boys roll', you know, the melody along with that title, and everybody just kind of perked up like 'Okay, we're gonna finish this song.' We kinda felt it all that moment and thought we'd write us up a good Country song.

This was Currington's fourth #1 on the Country chart. His previous chart-toppers were "Must Be Doin' Somethin' Right" in December 2005-January 2006, "Good Directions" in May and June 2007 and "People Are Crazy" in August 2009.

"Country Boys" was the 16th chart-topping song to sport the word "country" in its title since Billboard began the country survey in 1944. The previous one #1 to do so was Jason Aldean's "She's Country" in 2009.

Currington recalled to The Boot: It was actually Brett Jones' idea that he brought to a trip. We had no plans of writing anything, but it just kind of happened that we did, and it was this song. I wasn't even sure I was going to record it.

When asked by The Boot why this cut has proved to be so popular, Currington replied: I think the song appeals to a lot of guys. It seems that way when I play the song live in different parts of the US. It's about just being a boy in the woods, in the country, and there's a lot of people out there like that. So, I guess just the simplicity of it. 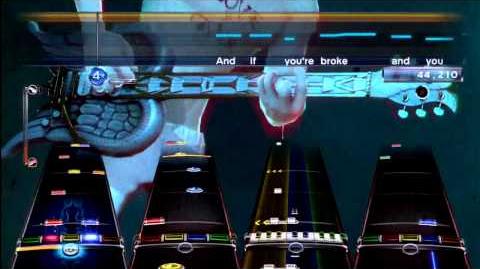 Retrieved from "https://rockband.fandom.com/wiki/That%27s_How_Country_Boys_Roll?oldid=25784"
Community content is available under CC-BY-SA unless otherwise noted.