"Spinning Wheel" is a song by Blood, Sweat, and Tears which was written by vocalist David Clayton-Thomas, arranged by saxophonist Fred Lipsius, and produced by James William Guercio. It stands today as the greatest success of Blood, Sweat & Tears.

In founding member Al Kooper's memoir, Backstage Passes and Backstabbing Bastards, Kooper writes that he originally conceived of Blood, Sweat & Tears as "a band that could put dents in your shirt if you got within fifteen rows of the stage. Like Maynard Ferguson's band from the years 1960-1964, I wanted a horn section that would play more than the short adjectives they were relegated to in R&B bands; but, on the other hand, a horn section that would play less than Count Basie's or Buddy Rich's. Somewhere in the middle was a mixture of soul, rock, and jazz that was my little fantasy."

When Blood, Sweat & Tears was first forming, they needed $40,000.00 seed money while the first album was in progress. This made Jerry Wexler at Atlantic Records (the A&R behind Leiber and Stoller, Led Zeppelin, and Bob Dylan, amongst others) turn them down. Mo Ostin of Warner Brothers also nibbled but turned them down. Finally Bill Gallagher at Columbia signed them on, after attending the Monterey Pop Festival and becoming interested in the alternative market.

One of the most intriguing riddles in rock 'n' roll history is: How did Blood, Sweat & Tears get it name? In Al Kooper's book, the truth is finally revealed: "One particular night, Jimi Hendrix, B. B. King, myself, and an unidentified drummer and bass player were going at it all night at the Cafe Au Go Go... At daybreak, when we finished playing, they put the house lights on and somebody observed: 'Christ! Look at the organ! There's blood all over the keyboard!' Sure enough, I had cut my hand playing, and in the state of bliss induced by my compatriot's sound had not felt a thing. What a great album cover, I thought. No. What a great name for a band." 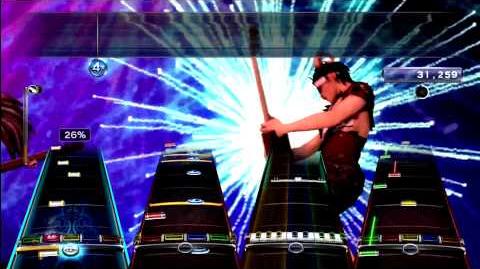 Retrieved from "https://rockband.fandom.com/wiki/Spinning_Wheel?oldid=25756"
Community content is available under CC-BY-SA unless otherwise noted.