). The track is an introductory vocal solo, bringing the audience into the first Act of the album, Heroes and Cons. The song, written and performed by Billie Joe Armstrong, is the shortest track on the album, and the shortest track in the Green Day: Rock Band game. On the album version, a reprise of Song of the Century is performed as an intro to American Eulogy, however this does not appear in the game.

Song of the Century appears as the shortest track in Green Day: Rock Band and it the only song to only have a vocal part, and one of only two (the other being Good Riddance) not to have a drum part. It is the first part of the 21st Century Breakdown Album Challenge in Career mode. 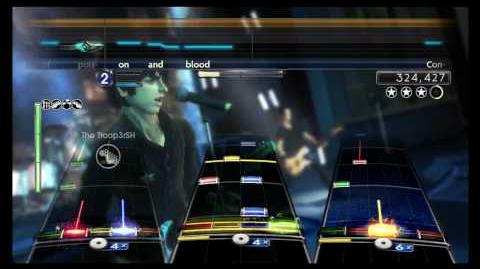 Retrieved from "https://rockband.fandom.com/wiki/Song_of_the_Century?oldid=25826"
Community content is available under CC-BY-SA unless otherwise noted.