Rock Band Wiki
Register
Don't have an account?
Sign In
Advertisement
in: Songs, Songs by Green Day, 1994 Songs,
and 28 more

"She" is a song by Green Day which is about a girl who doesn't know what to do with her life. Everyone is trying to tell her what to do, but she wants to take her own path. It was inspired by a girl Billie Joe Armstrong dated for about a year. (thanks, Eric - Pittsburgh, PA)

The Dookie album cover contains images of many Green Day inspirations and characters from their life.

Says Armstrong: "There's one guy with his camera up in the air taking a picture with a beard. He's this guy Murray that's been around the scene for a long time. He took pictures of bands every weekend at Gilman's. The robed character that looks like Ozzy Osbourne is the woman on the cover of the first Ozzy album. Angus Young is in there somewhere too. The graffiti reading 'Twisted Dog Sisters' refers to these 2 girls from Berkeley. They're punk rock girls that have been around for years." 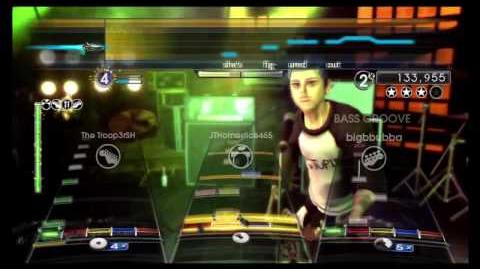