"Rain is a Good Thing" is a song by Luke Bryan which is the opening track from Bryan's second album, Doin' My Thing.

This song puts a positive spin on rain.

Bryan told AOL's The Boot: "It was fun to take a subject that's typically got a negative connotation and make it a positive thing. Rain is very important, and kind of kicks off the whole process of life."

As Bryan is the son of a farmer who was dependent on rain he decided that he wanted to write a positive song about precipitation.

Luke explained to The Boot: "We worked in agriculture, so we were always looking up at the sky, checking if it was raining or if rain was in the forecast. That always kind of set the tone for the mood in my household, whether we had rain coming in or not. Or if it had rained, we knew the crops would be good and it was going to be a good week around the Bryan household."

The song's music video was directed by Shaun Silva (Kenny Chesney and Rascal Flatts) and was shot in October 2009 at Bryan's inaugural Farm Tour show in Statesboro, Georgia.

Bryan told The Boot that the lyrics came easily enough during the writing session since it was a familiar phrase. "The song came about strictly from an old saying that me and my co-writer, in college, we'd have something planned and you get bummed out by the rain," recalled the Georgia native. "And we thought, 'Well, rain makes corn, corn makes whiskey,' and we had never even said the frisky line. We actually made that up during the writing session."

This was the first Country #1 for Luke Bryan. The Leesburg, Georgia native splashed out the previous holder of the top spot, Brad Paisley's "Water," on the chart dated July 24, 2010.

Shortly after the single hit the charts, Middle Tennessee was hit by some tragic flooding. Bryan was concerned how, considering the circumstances, this rain-extolling song would fare.

He told The Boot: "When we put it out, obviously, we thought about it. It was like, 'Lord, we really don't need any big flooding going on.' But certainly, when the Nashville flooding hit, it really kind of made us go, 'Ah, this thing may have a little tough time. For obvious reasons, some stations around Nashville were not playing it as much as they were before the flood. I actually talked to some [radio] programmers ... and said, 'Guys, I get it. Just wait it out a little bit and let everybody get to feeling a little better and their spirits back up.' To have some other flooding going on [in Arkansas], I guess it taught me to never do another song again that could possibly have natural disasters to it! So, I won't have any songs with hurricanes in it, or anything like that. But it was just an amazing ride, and even more testament to the song being really good that it was able to overcome things like that." 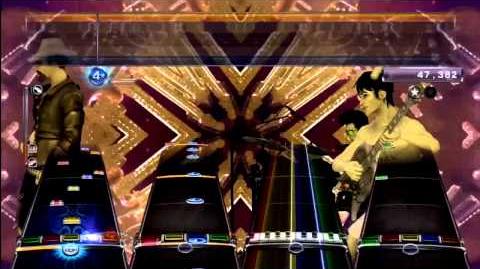 Retrieved from "https://rockband.fandom.com/wiki/Rain_is_a_Good_Thing?oldid=25795"
Community content is available under CC-BY-SA unless otherwise noted.