"Maybe I'm Amazed" is a song by Paul McCartney who wrote this about his wife Linda. She died of breast cancer in 1998.

McCartney wrote this in 1969 just after The Beatles broke up. He credits Linda with helping him get through this difficult time.

McCartney, an animal rights activist, appeared on The Simpsons episode 3F03, Lisa The Vegetarian. McCartney helps Lisa become a vegetarian and tells her that if you play this song backwards, you hear a recipe for lentil soup. Over the closing credits of that episode, if you listen carefully, you can hear the backwards message. As an extra feature on The Simpsons DVD, you can hear McCartney read the recipe and say, There you have it Simpsons lovers, oh an by the way, I'm alive.

With the exception of John Lennon, each Beatle has been on at least one episode of The Simpsons. George was on for The B- Sharps or The C naturals and Ringo for the The Letter. (thanks, kevin - quebec, Canada)

A cover version of this song by Jem was used in the season finale of the first season in the show The O.C. 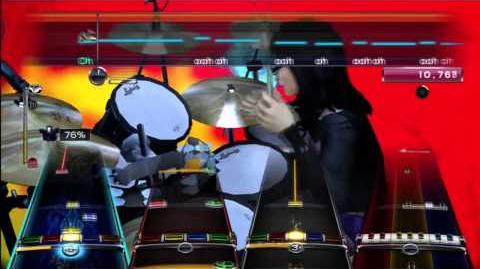 Retrieved from "https://rockband.fandom.com/wiki/Maybe_I%27m_Amazed?oldid=25781"
Community content is available under CC-BY-SA unless otherwise noted.