Rock Band Wiki
Register
Don't have an account?
Sign In
Advertisement
in: Under Construction, Songs, Songs by No Doubt,
and 39 more

This page is marked Under Construction
What needs to be done: Document the pre-alpha chart

"Just a Girl" is a song by No Doubt

When playing this at a Virgin Megastore in Costa Mesa, California, lead singer Gwen Stefani's mother asked her not to swear because their relatives were present. When Gwen swore, her mother refused to speak to her for a week.

For years the band was trying to get played on Los Angeles radio station KROQ, but were ignored. Finally KROQ began playing this song, and got massive amounts of requests for it, fulfilling the band's dream.

No Doubt made their late night TV-show debut on The Conan O'Brien Show, playing this song. When playing this on David Letterman's show, the host was seen tapping his foot.

No Doubt were touring as the opening act for Bush when this became a hit. Stefani started going out with Bush lead singer Gavin Rossdale, and they got engaged in 2001. They tied the knot on September 14th, 2002. Even Gavin's dog was in attendance. (thanks, Dani - Regina, Canada)

The band is from California. The album title is a play on "Magic Kingdom," the nickname for Disneyland.

This was played over the opening credits of the '97 box office hit Romy and Michelle's High School Reunion, starring Lisa Kudrow (Phoebe from Friends) and Oscar winner Mira Sorvino. (thanks, Britney - Calabasas, CA)

No Doubt performed this at the 2003 Super Bowl between the Bucs and Raiders. Unlike Shania Twain, who was on before her, Gwen Stefani did not lip-sync. After they performed this, Sting came out and sang "Message In A Bottle" with them. The game aired on ABC, which is owned by Disney, who was either willing to overlook the "Tragic Kingdom" album title or didn't know about it.

This plays in Clueless at the beginning of the movie when Cher goes to pick up Dionne and she just rolls over everything. 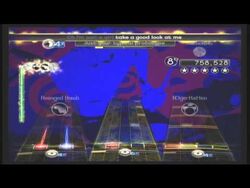 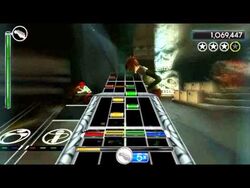