The line "For Tommy and Gina, who never backed down," is a reference to their 1986 hit "Livin' On A Prayer," which featured Tommy and Gina as young people trying to get by in tough times.

The line "Like Frankie Said, I did it my way" is a reference to Frank Sinatra, who sang "My Way." Sinatra was from New Jersey, just like Bon Jovi.

Bon Jovi guitarist Richie Sambora used a talkbox to create the odd vocal effects. The device gave him a distinct stage presence, since he needed to place a tube in his mouth to use it. When Bon Jovi performed this on VH1 Storytellers, Sambora had one microphone for his talkbox and another for backing vocals. Their 1986 hit, "Livin' On A Prayer" also featured a talkbox. Peter Frampton builds all of Richie Sambora's talkboxes for him.

This was featured in a promo for ESPN's SportsCenter. In the spot, they talk about how well New Jersey sports teams are doing, them mention Bon Jovi's new album. At that point, Bon Jovi plays this in the middle of the newsroom.

Bon Jovi performed this at the 2001 "Concert For New York" to benefit victims of the September 11 attacks on the World Trade Center. Jon Bon Jovi also spoke at the show.

They played this at the closing ceremonies of the 2002 winter Olympics from Salt Lake City.

Bon Jovi played this at the beginning and end of the 2002 NFL season. They performed it at the pregame festivities of the first game, and then again in the closing ceremonies at the Super Bowl.

This was played at the arena immediately after the New Jersey Devils won the Stanley Cup in 2003.

This was one of the most successful Bon Jovi singles internationally, reaching #1 in many countries, including Austria, Belgium, Italy and Switzerland.

In October 2009 a mash-up of the song with Usher's "Confessions" by the cast of the American musical comedy TV series, Glee, peaked at #30 on the Billboard Hot 100, outperforming Bon Jovi's original version. 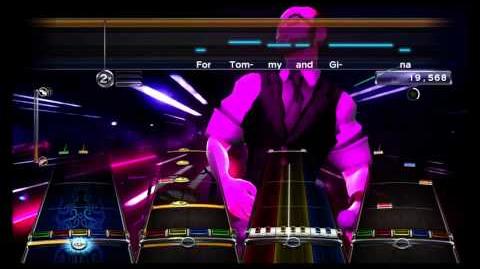 Retrieved from "https://rockband.fandom.com/wiki/It%27s_My_Life_(Bon_Jovi_song)?oldid=31358"
Community content is available under CC-BY-SA unless otherwise noted.