Rock Band Wiki
Register
Don't have an account?
Sign In
Advertisement
in: Songs, Songs by Green Day, 2009 Songs,
and 28 more

). Whilst The activist Gloria, who is fighting to hold on to her youthful idealism is a combination of frontman Billie Joe Armstrong and his wife Adrienne, the destructive, inflammatory Christian, is the side of Billie Joe that he tries to keep under wraps. Armstrong told Q magazine May 2009, that the title of this song refers to the, "sort of ugliest place you could possibly go in your brain." He added: "I don't know if I was having a bad morning but it's that angry feeling of despair that I guess a lot of people can relate to."

Armstrong told MTV News that this "is the most hateful song I've ever written -- the most diabolic."

Rolling Stone asked Armstrong why he still felt the need to confront his demons when the Green Day frontman now is in a comfortable position with a nice house and family.

He replied: "They're just photographs of what goes on inside my head -- and wanting to connect with yourself, and your audience too. I'd like to write something more about joy and happiness. But for me, that's the release, putting it out there. To put it out there and create some kind of human connection and strive for something that's about humanity. It's like trying to battle past all those demons, your confusion and chaos, to reach something on the other side. I don't know why I'm like that. I've always felt desperate in some way." 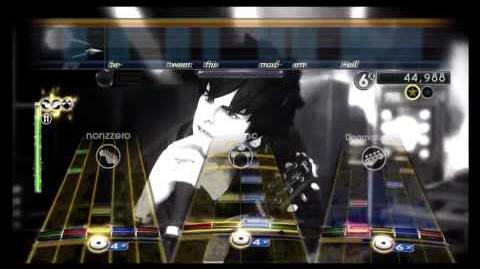